So yea we all know the feeling of excitement when we just smell that deep fried junkfood goodness that makes our mouth water and our brain go into an I NEED THAT NOW state. Yea I’ve been there, dude I am still there, it’s an addiction, it’s something that we’re grown up with. Our parents probably thought it couldn’t hurt that much right? Kids parties at McDonalds, chocolate for dessert and some candy throughout the day to shut you up and make you a happy little bean. I think we’ve came a long way from there and realize how much effect the food we eat does has on our health, not only physical but also mentally. I mean when you grow up with an addiction it feels normal, you don’t realize it’s an addiction. Same goes for technology, social media, gaming, phones etc.

Not only is it shitty to be addicted to substances like sugar and fat it’s also been shown that processed foods can cause diseases in children like ADHD, Autism and Type 2 Diabetes. Now again I’m not saying that everything is to blame on eating processed foods once in a while but it has been such a big part of our culture. Most people don’t even know what vegetables look like or how to prepare them and don’t get me wrong that’s not their fault, I think it’s a lack of education. Veggies should be available for everyone not just for some.

Imagine if we’d treat our health like our wealth.. You’d get the most gratification if you’d take all of your money and spend it on stuff today. But very few responsible adults do this. You take some to spend and you take some to safe, safe for you pension or a holiday, you nurture it, invest some, think about how to grow it or spend it on people you love. If we would think the same about our health we would be all be much happier and healthier (I’d like to think so anyway). If you’d ask me; health is much more important than wealth. Health is something we tend to ignore and neglect until after the crisis, after the stroke, cancer or diabetes people realize they need to act.

That’s why I think it’s trivial to talk about how bad some foods actually are and try to educate ourselves to make sure we unhook from these shitty products which ultimately lead to SO MANY diseases. Not only the obvious like hypertension, diabetes, heart and vascular diseases but also alzheimer’s, several kinds of cancer, asthma, depression and anxiety.  I truly believe we can prevent and in some cases even reverse many of these diseases and guess what; many before me thought the same and these people are (unlike me) REAL doctors with REAL studies that have proven the importance of your gut health. They prove that what you put in your mouth should be one of the most important things for you to consider on a daily basis. This should have our priority.

As Dr. B. said and I completely agree with is that we need to take a look at our diet through 3 lenses 1. Direct affect on human health, 2. How we treat our fellow creatures, they all have the same right to be here & 3. The impact on the overall environment, the planet, biodiversity and climate.

Combining these 3 lenses you’d a plant based diet makes the most sense. And of course there’s also loads of plant based junkfood available which is great because it makes the transition to vegan diet so much easier! However I do think this should be a treat, something occasional not something you’d want to consume erryday. Keep it as low processed as possible peeps, your future self will be thankful! 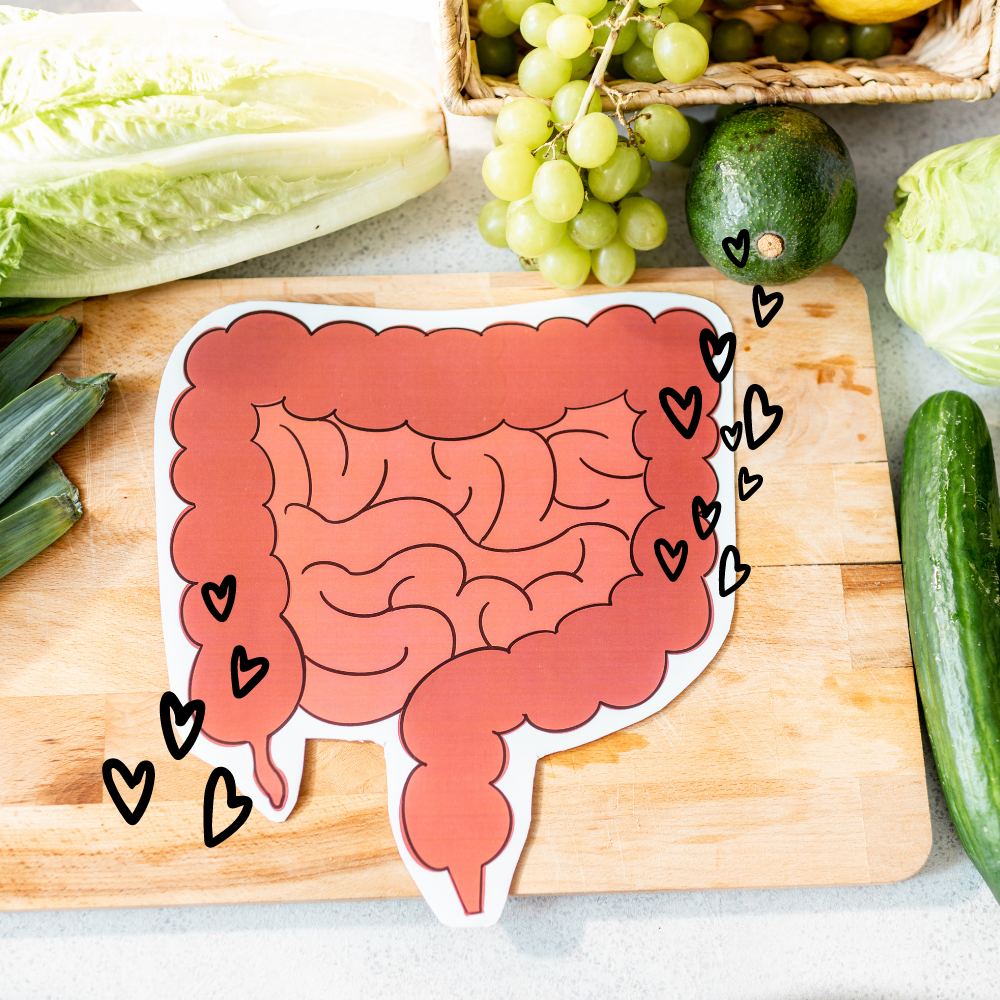 Showcasing elite athletes, special ops soldiers and visionary scientist to show people that you don’t need animal protein to build muscle and can be perfectly healthy if not in better health on a plant based diet. This documentary has changed many peoples perspectives on a Veganism.

In this documentary researchers explore the possibility that people changing their diets from animal to plant based can help eliminate or control diseases like cancer and diabetes.

This documentary uncovers that a plant based diet is the secret to preventing and reversing chronic diseases and they investigates why the nation’s leading health organizations don’t want you to know about it.

A documentary about cancer with two narratives; one is from a French neuroscientist and cancer revolutionary and the other from the film’s director. After braving the diagnosis to wellness, they join forces to expose systematic failings in our society, which reinforce the bad habits that predispose us to disease.

Nutrionist Simon Hill sits down with doctors, nutritionists, dietitians, athletes and inspiring people. He has loads of super interesting topics that vary from cell based meat, holistic grazing, clearing out the confusion and discussing the best diet for optimal health. I do enjoy this podcast a lot cause the information and conversations are great but if I need to be brutally honest, Simons intro’s are a bit sleazy, feels like he puts his voice down in this smooth ‘well hello I’m here and welcome to another episode of slimeville’ haha no shade here, love the work he’s doing and once the convo gets started his voice turns completely normal again XD

So Darin is this really cool dude you’ve probably seen on the Netflix Show, Down to earth with Zac Efron. I’ve been quite hesitant watching it because well, Netflix and Zac Efron.. BUT after listening to Darin on Rich Roll’s podcast I’ve grown a liking to the dude and decided to check him out and stumbled on his podcast. He is a nutritionist himself and has been on the search of the worlds superfoods. Not all of his episodes are about nutrition, but like anything in life, everything is connected and he touches different subjects. From nutrition to mental health and the environment. One thing he does that I really LOVE are his short episodes about Fatal Conveniences. Check ‘m out peeps, check ‘m out, your mind will be blown.

Darin also wrote this great book called SUPERLIFE it’s an awesome book with 5 simple fixes that will lead  you to a healthier you. Also really recommend this one!

So this podcast is hosted by 2 vegan brothers with a love for fitness, I found them in search of information about vegan fitness, well I didn’t have to search for long I can tell ya, hence the name.

So I found that Leif actually studied at the T. Colin Campbell Center for Nutrition Studies (yes indeed, the same guy that wrote The China Study). So not only do they give great tips and mental hacks for fitness gains but they have episodes where they just throw the science based facts in your face and shower you with reasons to hit the gym and do it on a plant based diet. My go-to motivational podcast for sure!

It might be a bit dated and very much data driven which is not as easy or interesting  for everyone to read BUT this book has changed my life. So it needed to get a shout out fo sho. I came across this book in 2003 and started it because I was interested in nutrition and what it does to your body. Well was I in for a treat, The China Study showcases the most comprehensive study of nutrition ever conducted. It detailed the connections between nutrition and heart disease, diabetes and cancer. The report also examines the source of all this confusion that’s out there; ‘you need milk for healthy bones, milk is everything but healthy for you, we need animal protein to stay alive, we can build muscle on a plant based diet’ so on and so forth I mean, I know I’ve been confused for a number of years..It’s also interesting to read that this confusion is mainly produced by powerful lobbies, government entities and opportunistic scientists. Thank you very much to dr. T. Colin Campbell for his groundbreaking work!

This is book is written by dr. Will Bulsiewicz, also know as dr. B. So I found Dr. B. on the Rich Roll podcasts and was intrigued from minute 1, boy did I got hit with a train of information there! So this book is not only fact driven and tells you what not to do, it actually contains a 28 day jumpstart program with menus and more than 65 recipes, along with essential advice on food sensitivities. It’s a step by step methodology to stop the misinformation madness caused by the diet industry and it’ll show you the simple, science-backed process for a healthy, sustainable  lifestyle by optimizing your gut microbiome. I do also recommend listening to the podcast if that’s your jam (if it isn’t, try making it your jam, you’ll thank me later, or actually you’ll thank dr. B. later or Rich Rol for setting up the convo, or yourself for taking the effort to invest your precious time to take an interest in something new. Whoever you thank you’ll be happy you did it)

HOW NOT TO DIE

In this book Dr. Greger shares his findings on the leading causes of chronic illness and offers practical advice for living a healthier life. Dr. Greger is the physician behind the popular website NutritionFacts.org, this is a great website where you can find an incredible amount of information for anyone interested in the fact based science behind nutrition rather than the marketing/money-making side of it. Further more in this book Dr. Greger reveals the evidence behind the diet that can prevent and reverse many of the causes of disease related health. In addition he talks about making simple changes to your lifestyle and adds a daily dozen lists of foods we should consume on the daily.

Need to discuss anything?

WANT TO STAY IN TOUCH?